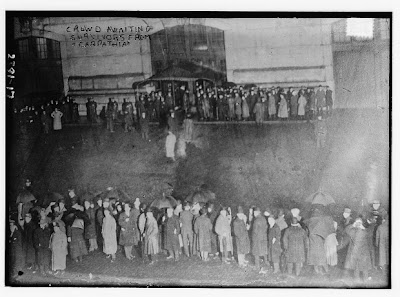 The sinking of the Titanic on April 15 in 1912 was the biggest news story of its day. But people on land had only the barest facts about the tragedy at sea until almost three days later, when more than 700 survivors reached New York on the steamer Carpathia. It was before the rise of radio and movie reels, a Darwinian moment in the history of American journalism. Newspapers ruled.

An article on Ellie "Nellie" Shine Callaghan, then 16 or 17 years old; one of 40 Irish passengers who survived.
.
Posted by Candice Tarnowski at 10:16