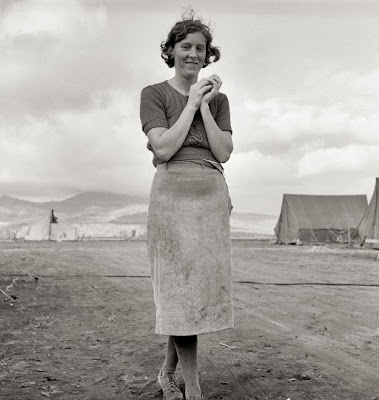 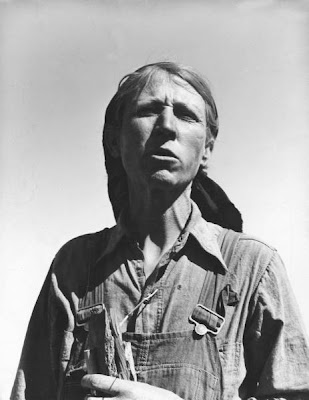 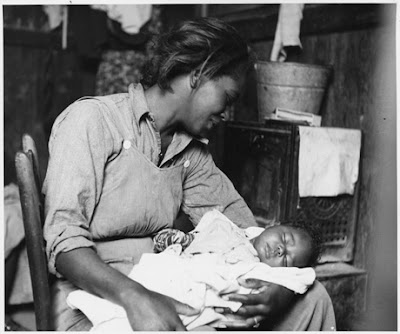 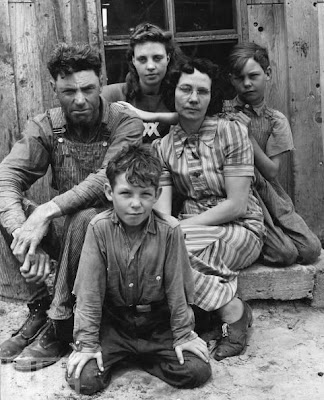 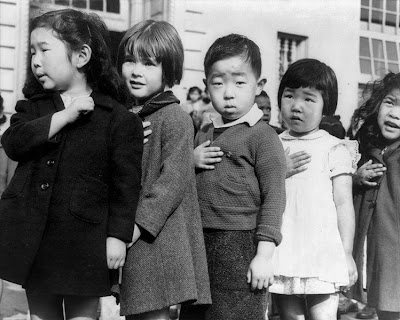 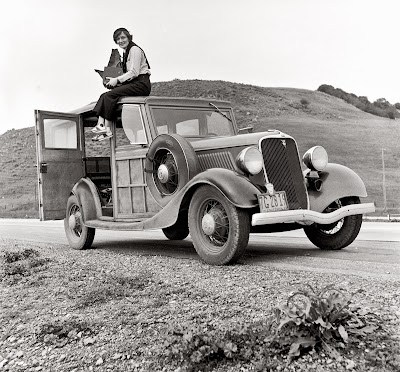 Her parents named her Dorothea Margaretta Nutzhorn at birth. She dropped Margaretta and assumed her mother's maiden name after her father abandoned the family when she was 12 years old -one of two traumatic incidents in her early life. The other was her contraction of polio at age seven which left her with a weakened right leg and a permanent limp. "It formed me, guided me, instructed me, helped me and
humiliated me," she said of her altered gait. "I've never gotten over it, and I am aware of the force and power of it."

She:
- studied photography with Clarence H. White at Columbia U
- was commissioned by the Farm Security Administration to take photographs of migrant workers and displaced families during the Great Depression
- was awarded a Guggenheim Fellowship in 1941 and gave it up for an assignment with the War Relocation Authority to record the forced evacuation of Japanese Americans to relocation camps, particularly Manzanar
- was forced by the U.S. Army not to show her internment camp pictures
- married the painter Maynard Dixon in 1920 and had 2 sons -one in 1925, the other in 1929
- divorced Maynard Dixon in 1935 and married Paul Schuster Taylor, prof. of economics at UC Berkeley
- was invited to teach photo at the California School of Fine Arts in 1945
- co-founded Aperture in 1952
- suffered with ulcers and post-polio syndrome
- died of cancer on October 11, 1965, at age 70
- has been honored through the naming of a school in Nipomo, California, near where she photographed Florence Owens Thompson, "Migrant Mother".

Her work can be viewed through the U.S. National Archives and The Bancroft Library